“The turnover of Italian wine shops is falling”. To say a survey by Vinarius

The most affected category? Sparkling wines. We interviewed Andrea Terraneo President of the Italian Enoteca Association who signed a letter for the Minister of Economic Development

The situation we are currently experiencing due to Coronavirus is bringing most Italian industries to their knees. The wine sector is no exception. The total closure of what is called Ho.Re.Ca. (acronym for Hotellerie-Restaurant-Café) which includes all the hotels, bars and restaurants in the country, caused a significant drop in the turnover of Italian wine bars because much of the slice of their market was covered precisely by the temporarily closed activities. While the big players in the e-commerce of wine in Italy in recent weeks have had an increase of 100% in volumes, 10% in the frequency of purchase and 5% in the quantity of bottles per order placed, small wine shops in family management report a drastic drop in turnover of between 50% and 80%.

To better understand the situation that Italian wine bars are experiencing these days, we interviewed Andrea Terraneo , president of Vinarius , the Association of Italian Wine Bars which has 120 members including 8 abroad, and a total turnover of 50 million euro (2019).
Among the activities carried out by Vinarius there are periodic surveys with the aim of monitoring the sector’s activity. Given the drama of the moment, the latest survey of a few days ago was extended to non-associated wine shops to allow us to present a photograph (as real as possible) of the general situation of the retail wine trade. The survey involved 105 Italian wine bars and shows the heavy implications that the crisis has brought.

In fact, from the interviews carried out by the Association it appears that 22% of the wine bars have decided to remain completely closed and 25% to remain closed to the public but to make home deliveries . The remaining 53% who decided to remain open have become reference points in the area for the supply of basic necessities such as water, pasta and other foodstuffs.
“We, like Vinarius, immediately advised the members who had permission to do so given the decree, to remain open with a view to carrying out a service to the community as food outlets, thus helping to avoid excessive inflows in the points of sale of large-scale distribution. “Says Andrea Terraneo.

The president of the Association played a very important role in supporting the wine bars: the rules left many doubts and it was not even clear whether it was allowed to open or not. “The first few days, as soon as the decree was issued, there was a lot of uncertainty. I received many calls from the members for clarification, the decree seemed a bit vague because wine is an agri-food product but there was talk of basic necessities. But in any case, by referring to the rules, we understood that we could remain open for sale (not for the bar) and we gave the members indication ”.

In addition, Terraneo invited members to open up to new ways to do their job, and so that even wine shops that did not do so before the emergency began offering home deliveries. “Although they could open, the members were hesitant, especially in southern Italy. Initially many were closed, but then they began to reopen at least for home deliveries. ” This allowed many to continue working behind closed doors.

As Andrea tells us “Wine is a product of conviviality and since we cannot hold meetings and dinners between friends in this period, we have lost that piece of work” For this reason and for the closure of the Ho.Re.Ca. sector. the wine shops are widely below the levels of the other years, we are talking about a 50% – 80% percent loss of turnover as regards the wine shops that have remained operational. On the other hand, the typology and price range of the wines has also changed: “We have had a return from the customer of the daily wine who perhaps doesn’t want to go to the supermarket anymore to avoid crowds and queues. Consumption has moved to bottles of 15 to 20 euros. Furthermore, in this period the consumer shows a considerable preference for still and “everyday” wines. Indeed,the category of sparkling wines is definitely the most affected as Andrea tells us “Currently there is a lot of effort to sell sparkling wines because there are no more occasions to toast”.

Due to the great difficulty that the sector is experiencing together with many others, at the beginning of this month the Vinarius Association decided to sign a letter addressed to the Minister of Economic Development Stefano Patuanelli , not so much to ask for great economic aid, but to ask for an invitation to participate in the consultation tables that the Ministry will set up to give way to the country’s economic activities. In this way the Association proposes itself as interlocutor to make an effective contribution of ideas for the reconstruction of the national economy. 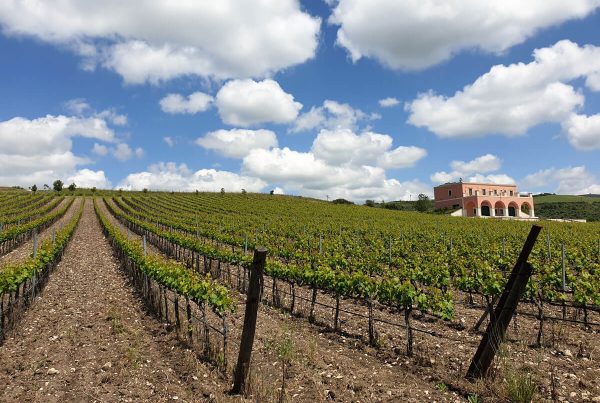