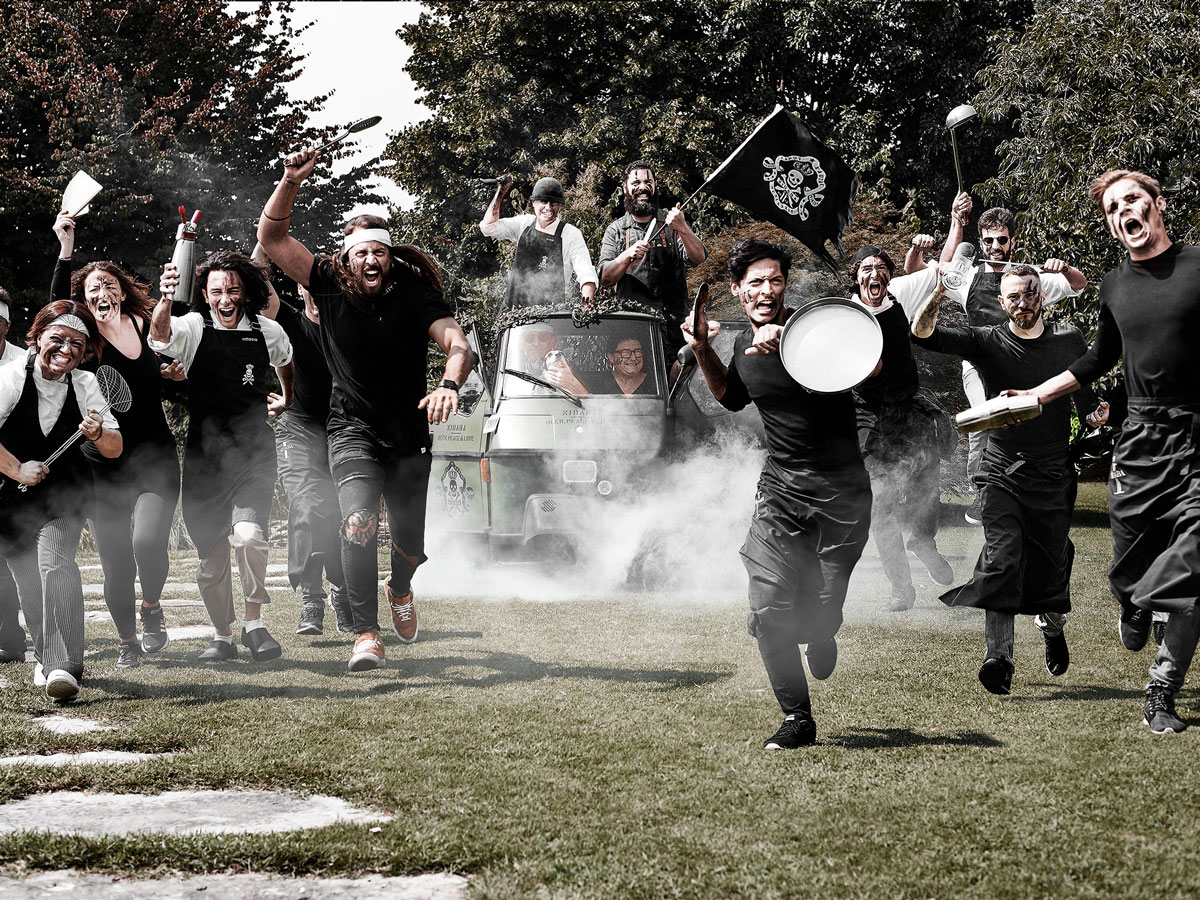 Nidaba, the contemporary identity of cooking goes hand in hand with beer

A pleasant reality, where flavors and scents, music and words works together, giving us such great emotions that we almost forget all the effort we put to make Nidaba great. Andrea and Daniela (surname) are the masters of this kingdom since the 1980s and every day they get to work with the only thought of doing something that people will remember.

Nidaba is located in Montebelluna, Veneto and it’s not just a place, or a brewery, or a pub. It is all that and much more: a gastropub, a meeting spot away from the inconveniences of a city. A place where everyone can find a way to feel good.

The quality of the ingredients paired with the wide variety of beers to taste transforms the Nidaba in a unique place of its kind. The menu combines taste, simplicity and personality.

Nidaba is one of the quality restaurants awarded by the prestigious Gambero Rosso Three Glasses denoting a special attention to the world of beer.

Below is their interview.

How did the project Nidaba come to life?

“By the desire to go beyond, thanks to happy coincidences. It all started in 1979 from a country inn, an ancient family property, outside the center of Montebelluna. From here the first steps are taken as a “brewery” thanks to a chance meeting with some bottles brought by a customer. They were from Belgium, a magical land with whom we immediately connect. A new world opens up and it’s made of flavors and ancient traditions, labels with names of saints or unknown countries, such as St. Sixtus or Hoegaarden.

Then, there will be a succession of trips often on a FIAT 238, a tireless means that allowed us to bring to our “Osteria della Birra” all those beers from around Europe that we found worthwhile.

The name Nidaba is a tribute to a Sumerian deity dedicated to harvest control, and we actually found it in one of the first books on beer available at that time. That book came out from the work of Michael Jackson, a pioneer in the popularization of the beer culture and one of the most important characters in the recent brewing history, being a beer writer and author of several books on beer and whisky. We had the pleasure and honor to host him in our local in 1999.  There is still his dedication as a proof written on one of his books and preserved as a real relic“.

How do you combine beer and gourmet cuisine?

“The idea of combining beer with not  just a simple snack for food – the so-called Brewery Food –  belonged to us immediately. We were fascinated by the ambition of bringing home what we saw and lived around Europe: a perfect match of food and drinks, a true concept that goes beyond the simple go-to solution of eating some sandwiches or fries.

The beginnings of Nidaba’s history are born from the creativity of Daniela and her partner Aldo, able to combine the simplicity of a popular product like beer with the experiences he lived in  legendary kitchen brigades on the level of Gualtiero Marchesi’s one.

The ambition is to meet different cultures, we still remember the amazement of the first times we proposed beers the beer-fish combination. It was the ‘80s. However, in Northern European countries wine is not an option when eating a meal such as soups, herring, stockfish or salmon. And like a salmon, fighting upstream has been our natural condition without any desire for provocation, but inspired by the hope of arousing curiosity”.

“The cornerstone of the entire project is that every beer we propose should be tailored to our food offer. We keep wandering, we leave room for all kinds of excellence without any aprioristic exclusions, but always being focused on our mission. We witnessed the birth of the first Italian craft beer brewers and we trusted their work. Right from the start,  we gave a wide space to this emerging Italian brewing reality, offering our producers the opportunity for a comparison with the legendary Belgium (the first love), United Kingdom or Germany products. Recently other productions have emerged from countries such as  the United States, Denmark, or other Northern European countries”.

What is the idea of cooking that you propose?

“First of all it is a kitchen made by us, in the sense that everything you will find in our Nidaba menu is devised and prepared by our kitchen team: bread, sauces, frying, meat and any sort of sweets, without the use of semi-processed materials.

The approach to the construction of the menu starts from the need to make contemporary the identity of a kitchen that goes alongside with beer. Our proposal is free from heavy meals and very fat dishes and reach out to freedom, lightness and balance giving great importance to vegetables from small producers and aromatic herbs from our botanical garden.

Proposals for vegetarians and vegans are also included, often very tempting even for the most die-hard carnivores.

We want our customers to experience something new, we work to stimulate their most curious side through multiple ideas. You can even convert a traditional Italian classic dish such as Carbonara in a hamburger or the Cheese and Pepper pasta in meatballs for the street food market, as well as international classics, like pastrami, giving it a modern direction.

With sweets in particular the desire to constantly reinvent oneself is manifested. We often use waffles made by recovering what would normally be considered a kitchen waste. We like the idea of the circular cooking, where every element is exploited in every possible way”.

How important is it for you to find the right balance between beer and food?

“It is the lighthouse that guides every choice, speaking about beer as well as food. Without balance we walk through a tough road. Our research is aimed at enhancing the symbiosis between these two elements, not at putting them in competition. Our ability is aimed at the pursuit of the exaltation of a good pairing, creating extravagant dishes sometimes, without exaggeration and well matched to beers designed for enjoying that moment rather than for an ephemeral amazement”.

Is the culture of beer combined with the gourmet cuisine catching hold? What is your experience/ opinion?

“The great expansion of the reputation of beer that has been recently witnessed has certainly led more and more people to be curious about this different approach, if we consider the instinctive Italian predisposition to only conceive wine as the matching drink.

Our experience suggests that the charm of beer lies in its simplicity, and that you can easily find dishes able to enhance the experience of beer tasting without necessarily bringing the gourmet cuisine into play, often even delving into our traditions. The history of Nidaba tells us that this path can be taken, and that above all it still has many pages to write”.