Paolo Gramaglia: a menu inspired by the dishes of ancient Pompeii

At the President, the culinary art and the art of the place come together with the revival of historically certified recipes

Pompeii, one of the best preserved Roman domus of ancient art, the unearthed city of art par excellence.  A few meters from the Sanctuary and the Archaeological Park of Pompeii, a UNESCO World Heritage Site since 1997, the President restaurant is now the ideal location to get excited at the table.  In the kitchen, the brigade is coordinated by the chef and patron Paolo Gramaglia.
In 2015, Paolo first obtained the hat of the Espresso Guide and, then, the consecration among the greats of gastronomy, with the prestigious Michelin Star award.

The Chef tells us about the “Gramaglia philosophy” and his culinary art in full respect and agreement with an important city like Pompeii, steeped in history and art.

How do you describe your cuisine?
“I would like to describe my kitchen in 5 millimeters.  The introduction to my new card is called: # 5 millimeters.  In fact, it is the millimeters that measure the perception of pleasure in taste at the President restaurant.  At that moment, when you taste the first bite of a dish, the essence of flavors overwhelms, upsets the taste buds and conquers the guest;  here the back moves from the chair and arches by only 5 millimeters.
Only then did the dish conquer the brain and satisfy the soul.  The desire of our new menu is to make you move your back 5 millimeters for each dish “.

How are the ancient Pompeian flavors inserted into your dishes?
“The success of gastronomy lies in tradition, you just need to know how to interpret it without nostalgia.  This is one of the cornerstones of my cuisine, philosophy aside.  Today, modern gastronomic needs require greater lightness in the dishes.  But the pursuit of absolute quality, perfection in the balance of the creation of a dish, elegance in presentation, are all factors that the ancient Pompeian Romans, especially the patrician classes, already sought and demanded in their dishes.  The same search for perfection of two thousand years ago is what is at the basis of the realization of my dishes, obviously, with the Michelin Star attention”.

Is the history, the art linked to Pompeii also visible in your kitchen, in your dishes?
“For over twenty years, in collaboration with the Superintendence of the Archaeological Excavations of Pompeii, I have been carrying out a project for the recovery of breads and foods from Pompeii two thousand years ago before the eruption of Vesuvius in 79 AD.
Every day at the President we serve our guests the loaves of wealthy patricians, plebeians and even slaves.  In making our bread products we try to be as faithful as possible to both levitation systems and ancient cooking techniques”.

In the dining room instead?
“In the dining room, my collaborators together with my wife Laila, the soul of the President’s room, briefly tell the diners the story of Pompeian bread.  It is an experience of interest for everyone, so much so that the Michelin Guide has emphasized this aspect of value so particular and unique to the President that allows guests to take a journey through time as the 2019 Red literally mentions: Interesting re-propositions of the ancient Pompeian flavors”.

Are there any dishes on your menu that you dedicate to Pompeii?
Yes, as I have already mentioned: the loaves of ancient Pompeii.  Numerous frescoes testify to the sale of bread in ancient Pompeii.  In the Pompeian diet, bread was to be considered in the first place.  In Pompeii there were no less than thirty-five bakeries with wood-burning ovens, pistrina, lava stone millstones and sales counters.  From literary and iconographic sources (frescoes and bas-reliefs) and from archaeological finds (carbonized loaves) we know that the best known types of bread were ten, susceptible to a series of variants that led to the production of an unspecified number of loaves and that they were also produced  Dog biscuits”.

Being a central place and close to the archaeological site of Pompeii, are customers often tourists?  Are they mainly Italians or foreigners?
“The guests who arrive at the President are equally divided between the Italian clientele, that of our loyal guests and foreign guests”.

How can culinary art and local art come together?
“The union between these two types of art in my opinion finds completion in the creation of a menu that we often serve to our guests all inspired by the dishes of ancient Pompeii, through the revival of historically certified recipes, but which are made with greater  lightness, taking into account the current gastronomic needs of the guests”.

Nidaba, the contemporary identity of cooking goes hand in hand with beer 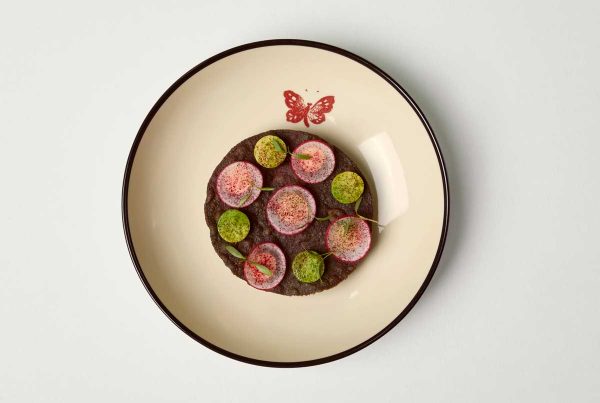