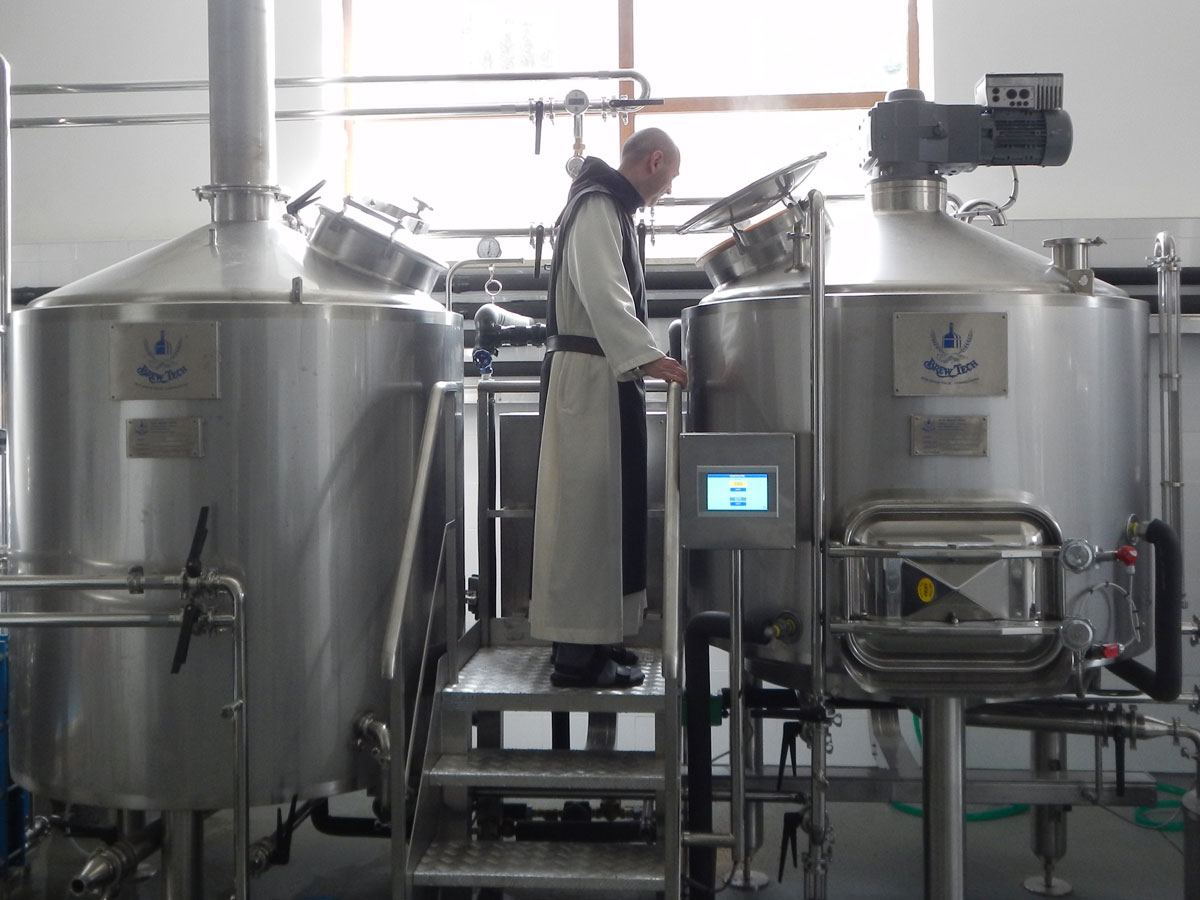 Three Fountains Abbey: The First and Only Italian Trappist

Since the Middle Ages the contribution of the monks in the branch of viticulture was undoubtedly very important. The monks, however, have left their mark not only in the world of wine but also in the world of beer. In the Middle Ages, the process of fermentation made water drinkable. Indeed at the time, it was a vehicle of disease. Faithful to the “ora et labora” rule, the Cistercian monks began to produce beer for their own consumption and for the brasseries they built within the walls of their abbeys, alternating prayer with work. Saint Ildegarda de Bingen, a famous Benedictine nun and one of the most influential women of the Middle Ages, played a fundamental role in the discovery of the hops properties and in the dissemination of her studies in the monastic sphere, preserving the hoppy drink.

Today, there are hundreds of brands of abbey beer in the world, dedicated to monasteries, churches, saints or religious communities, but these have nothing to do with real Trappist beers. Trappist beers are those produced by Trappist monks with a unique recipe and yeasts that often remain kept inside the abbeys for centuries. There are currently only fourteen Trappist beers in the whole world. The order of the Cistercians of the Strict Observance so-called Trappists – was born in 1600 in France, in the Cistercian monastery of Notre-Dame de la Trappe in France, from which it took its name. Although it is often erroneously believed that the term Trappist refers to a particular way of brewing  beer, there is actually no common profile that identifies all Trappist beers. The Trappist denomination, therefore, does not refer to a particular style, but it consists of a certification of origin that guarantees the monastic origin of the product and the respect of  the three conditions established by the International Trappist Association:

1. The products must be manufactured in or around the abbey

2. Production must take place under the control of monks or nuns

3. The proceeds must be allocated to the needs of the monastic community, to solidarity within the Trappist order, to development projects and charitable works.

In Italy we are lucky enough to have one of the fourteen Trappist beers, a very unique reality: being the only Italian Trappist beer, it  also is the smallest among the Trappist breweries. We are talking about the Trippel Tre Fontane from the Tre Fontane Abbey in Rome, a high fermentation beer, produced by hand with the eucalyptus surrounding the abbey. Indeed  the monks have specialized in the cultivation of 7 species of eucalyptus that have been planted at the end of 1800 in order to eradicate malaria. With the leaves of these trees, the monks have been producing fine liqueurs since 1868. However, the activity of the abbey had a turning point in 2012, when one of the friars found in a book of the late 1800 an ancient recipe from a monk in the order. The recipe consists of a mixture of eucalyptus, with which they produced the first beer in the world with this ingredient. The result?  A beer in shades of golden with medium body and incisive and moderately fruity flavor. The sweetness is balanced by the bitter taste given by hops. The sweet aftertaste is well paired to spicy notes and a pleasant astringent sensation that leaves the mouth clean. The high alcohol content (8.5%) adds a refined warmth sensation with balsamic eucalyptus tones: it definitely worth a try in combination with raw fish and oysters!

We are talking about an unfiltered, unpasteurized and not centrifuged  beer, produced in the Belgian Ale style. A very small production of just 800 hectoliters per year. As per the regulations, the proceeds of production are limited to ensure the livelihood of the community, to finance charitable works and the preservation of the historical and cultural heritage of the abbey. In fact, during the interview with the responsible for the brewery , he told us about a beautiful project that they started in 2019. It is a collaboration with the US Trappist brewery Spencer Brewery for the creation of a new beer called Sinergia. It’s an IPA beer produced in limited edition with the aim of helping the nuns of a monastery in Angola to build a factory for the production of medicines. A project that brought the first collaboration between two Trappist abbeys. Thanks to the success of Sinergia 19, Tre Fontane is now planning to launch a special edition for every year in order to support  a specific charity project.