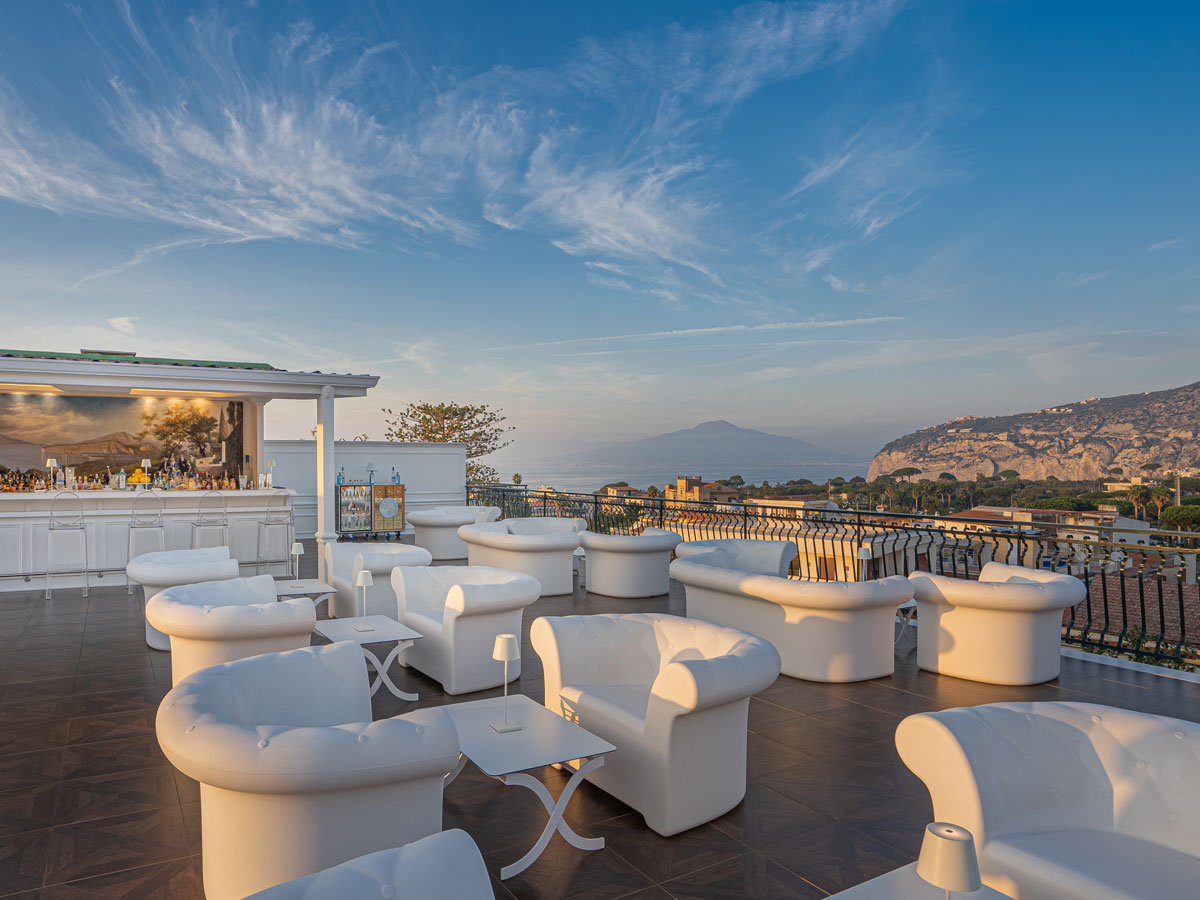 The food pairing with cocktails is the road that the barman of the Hotel Majestic Palace in Sorrento Lucio d’Orsi, has chosen to undertake. Here are some tips to make your Christmas dinners very special

Whimsical, volcanic and eclectic: these are just some of the adjectives suitable to describe Lucio d’Orsi, born in 1979 and General Manager of the Hotel Majestic Palace in Sorrento. Since its arrival in 2010, the historic Sorrentine hotel has been enriched with two real cornerstones of the international food&beverage sector: in 2014 we witnessed the birth of the Don Geppi, a gourmet starred restaurant that makes food pairing with cocktails one of its cornerstones. Three years later, in 2018, Lucio d’Orsi managed to bring to Italy a world-wide brand like the Dry Martini, cocktail bar and authentic temple of mixology, born from the legendary bartender Javier de Las Muelas. But Lucio is first and foremost a talented bartender. For this reason we decided to recommend some unusual pairings between leavened Christmas products and cocktails, a touch of class and originality to make fresh and modern dinners under the mistletoe.

How was the post-lockdown shoot for the many activities at the Majestic Palace? ” For the Majestic Palace it was a transitional year, we decided not to open to the public. Different talk about the Don Geppi and the Dry Martini cocktail bar: the season began the last days of June with some fear from customers, still inhibited in the first post lockdown. For our part, there has been a great deal of work in terms of safety, therefore the primary aspects of the anti-covid rules. Having only five tables and being able to use the outdoor space, we have guaranteed an optimal level of security and hospitality, skills that allowed us to work with excellent results in the months of July and August. Also for what concerns the Dry Martini we were good and lucky: on the terrace we do not have seats consisting of chairs and tables, but only sofas and armchairs and this has allowed us to feel comfortable especially in the early opening”. What prompted you to embark on this new path of combinations between food and cocktails? ” This is a path that I started to walk a long time ago, wondering, as a bartender, why you could not dine with a cocktail instead of a good glass of wine. Since then we began a path of combinations, following an alcoholic scale with different types of cocktails to propose. The will to combine a cocktail instead of a glass of wine comes from the desire to be the protagonist of a whole dinner and not just an aperitif or a meal. Selling wine, in fact, is trading a product created by a third person, transmitting emotions, ability and terroir of a certain area to the customer. Doing it with a cocktail means instead creating personal liquid sensations to be transmitted to the customer, thus managing to convey nuances difficult to communicate in another way. The desire to create a different path is therefore born from the need to showcase the skills of a bartender and make him a protagonist like the chef”. We are approaching the Christmas period: what tricks do you think to use in order not to lose contact with customers? ” The Don Geppi, as well as the Dry Martini closed at the end of October for the winter break. Just to avoid a complete detachment from our customers, we have launched a line of panettone since last year. The peculiarity of these leavened products is that the combination with the cocktail is presented in a liquid version, so it is born to be paired with the cake, but also inside the panettone itself there is the presence of the textured cocktail. The first of our panettoni features the Chilean grape, rehydrated with Pisco Sour and the addition of Amaro del Chuncho. Inside the yeast there is then a gel cream of Pisco Sour: on the palate the fat part of the panettone is swept away by the acidity of Pisco Sour and the sweet part is given by Amaro del Chucho and raisins. Then we continue with the red fruit panettone combined with a Wild Cosmopolitan, then a Cosmopolitan to which is added some raspberry juice, obviously prepared by us. Finally we propose a chocolate panettone that we combine with “Tesoro e Miracoli“, a cocktail made with bourbon, white cocoa cream liqueur, coffee, vanilla and cardamom, dedicated to the historic film “Operazione San Gennaro“. Which cocktails would you pair with a classic pandoro? ” I would match a cocktail with rhum, passion fruit, always in high demand in the Christmas period, vanilla, lemon juice and lime. I would end with a generous dose of champagne, thus creating a Drive Me Crazy, cocktail that I presented at the event “Un mare di Champagne“. The passion fruit gives aroma and at the same time it mitigates the fat part of the pandoro, the extra-dry bubbles perfectly contrast the powdered sugar that historically covers this leavened” 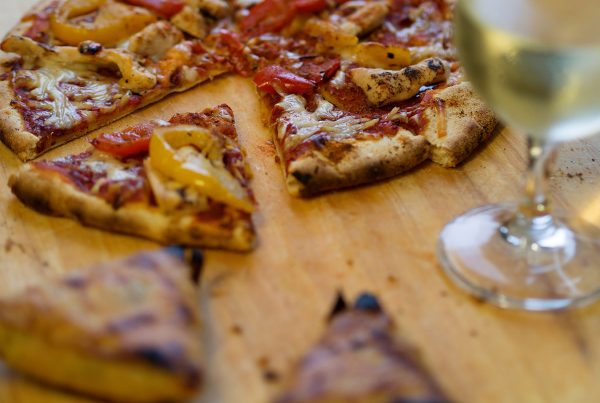 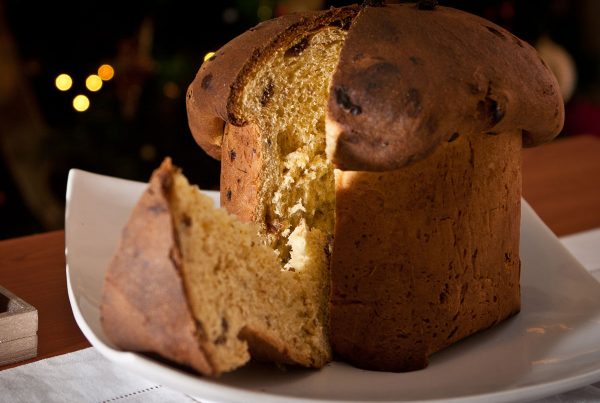 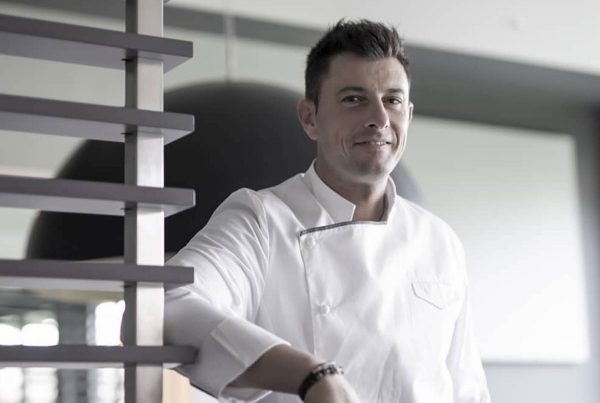 Simone Livraghi and his gastronomic yeast