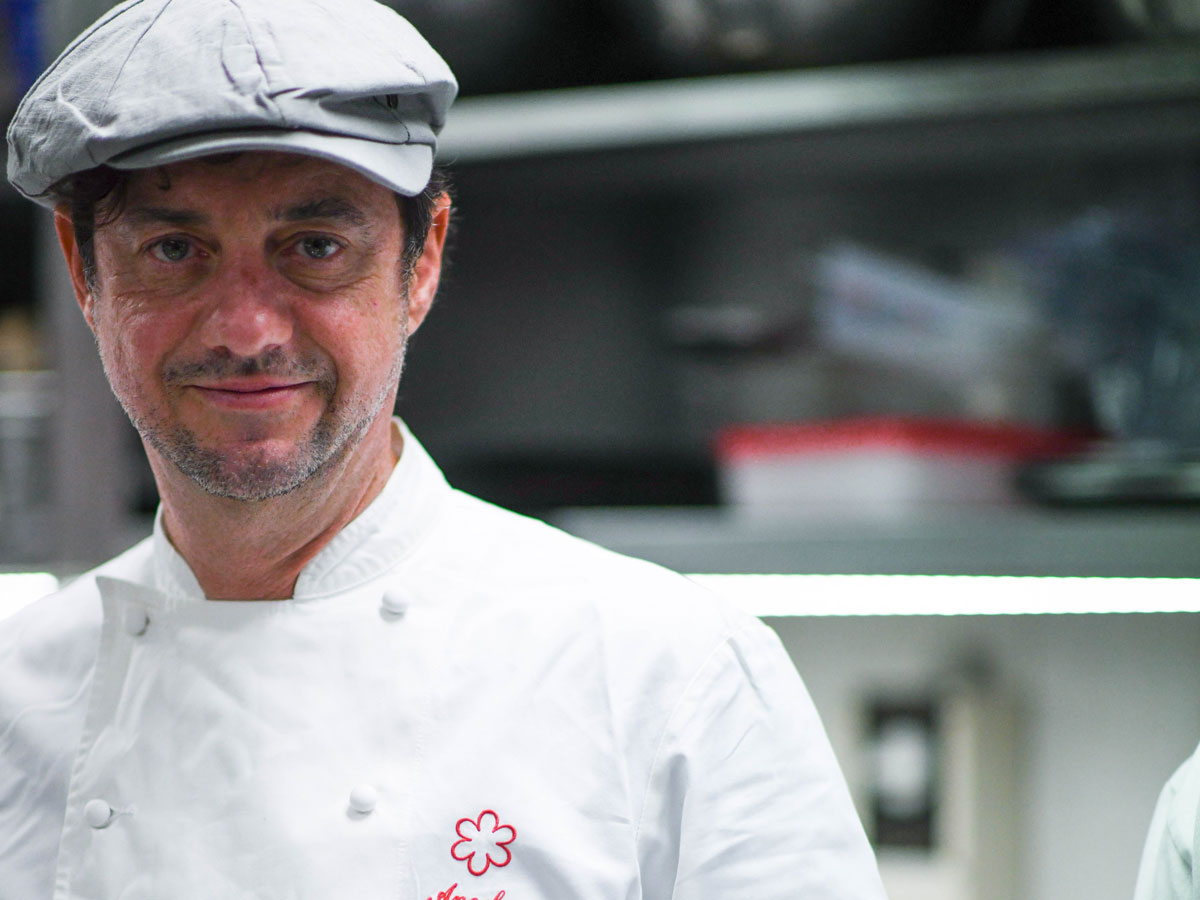 Angelo Troiani will teach the cooking and pastry laboratory module, which aims to provide the basic techniques of cooking, pastry and pasta making in order to give the student the key to an excellent and objective food and wine criticism

Originally from Marche, Roman by birth. He became passionate about cooking from an early age and, after graduating from the Hotel School of San Benedetto del Tronto, matured his first experiences. First at Aurelio Damiani’s Capannina di Porto San Giorgio, then at Igles Corelli, the chef of Trigabolo di Argenta. Finally, in 1989, at the Lord Byron Hotel in Rome alongside the chef Antonio Sciullo.

In 1990 he started the restaurant Il Convivio Troiani in the center of Rome together with the brothers Massimo and Giuseppe. In twenty years of activity, Il Convivio has become one of the reference points of the Capitoline haute cuisine. It obtains important awards from the main national and international food and wine guides, winning the Michelin star in 1993.

The great passion for cooking leads him to face a new adventure with chef Giulio Terrinoni. In fact, he started Acquolina Hostaria in Rome, a fish restaurant that obtained, in a short time, excellent results and, from 2008, the first Michelin star. He teaches in the professional courses of the Gambero Rosso School of Rome and of the Master for students of the American CIA University at the ALMA of Gualtiero Marchesi in Colorno (Pr). He is a founding member of the JRE Young Restaurateurs of Europe Association and his European delegate. Over the years he has provided consultancy services for the opening of venues such as RED, inside the new Renzo Piano Auditorium in Rome, the Panda, in the elegant Parioli district of Rome and the vesta   in Tivoli which immediately gets the star. Michelin.
In 2009 the Municipality of Rome approved and carried out his project, presented by the Mayor of Rome in January 2010, for the inclusion of regional cuisine menus in primary and secondary school canteens in Rome. From 2008 to today he has participated in the initiative promoted by the Roma gourmet guide and by the Department of Culture of Rome tastings of theater, which combines art and designer cuisine.

A good criticism for the growth of the whole sector

How important is it that those who work in the world of catering and food and wine make available their wealth of experience to train a class of industry critics?

“I believe that this course should provide a basic structure and a fundamental backbone. Afterwards, once solid foundations have been laid, every experience is food for thought in every field of the catering and food and wine sector. I always say that no one is a holder of “only truth. Each of us has a history, an experience, a tradition and a culture that leads him to interpret what surrounds him. Of course, if you are dealing with good professionals it becomes even more important. What I say always is to ask the simplest possible questions. Cooking is a rather complex chemistry, determined by a plurality of elements such as ingredients, time, temperatures and cooking methods. What is important is to simplify and structure a kitchen that does not reflect only scientific knowledge, but also the most emotional secrets of the recipes. In this sense the critic is the figure able to evaluate and judge all these components in a competent and objective “.

He believes that training, in all its nuances, can be the main vehicle to create a citizenship aware of what is happening

“Surely television information is rather distorted, while on a more general level today in the kitchen, even more than a decade ago, the one who studies more wins. The application is important, but today the study has become a fundamental prerogative to establish itself in good levels. We no longer work by hearsay. Consequently, critical information has also brought with it a great increase in curiosity, visibility. This has certainly been something good for our sector. Then – as happens at school – everyone thinks they deserve a higher vote than they have received, but certainly the information has brought interest to all food and wine “.

Going into your main field of expertise, what is the contribution that professionals like you can make in an academic path like this?

“As I said before, none of us have an unquestionable truth. What we can do is give our experience in the brigade. A concrete experience that can show future critics everything behind the scenes of the final result.”

An advice or a message of encouragement to students who are preparing to start a new adventure in their academic career?

“I wish them a big good luck, always remembering that cooking is not just food are, nurture, but it is also an interpretation of life. Making cooking coincides – in its most successful expressions – with making culture. The soul of our profession is to leave something that can remain beyond the instant experience. In the food and wine world – in all its forms – stubbornness, the spirit of sacrifice are still strong. Although things have changed radically for the better today – healthy environments and dialogue based on a higher level – stubbornness is a quality that remains fundamental in this sector. Otherwise, after a while, the verve is lost. I always say that cooking is like a bowling ball, therefore very heavy. If you can master it and point it correctly at the pins, then it is something extremely fun, otherwise you get lost trying to hold its bump. “ 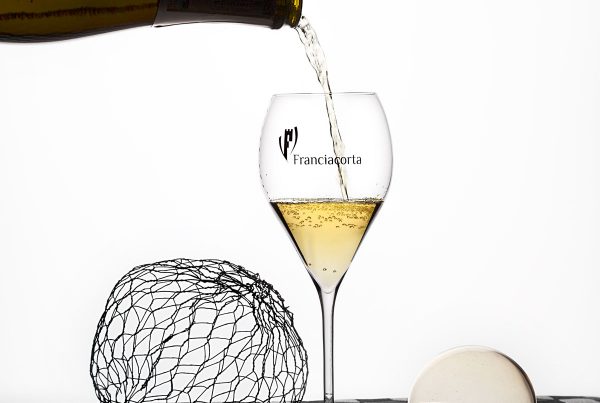 The Consortium of Franciacorta Wines at the master 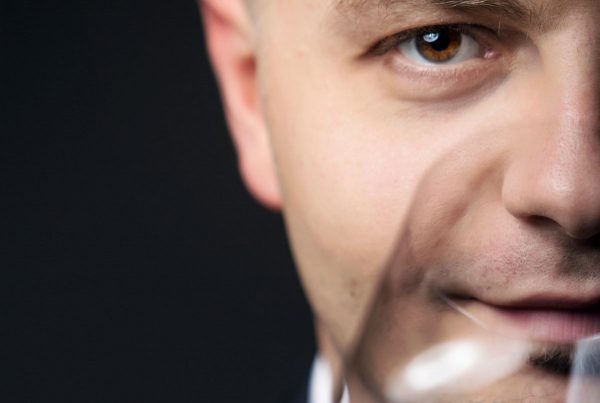 Vincenzo Donatiello and his etiquette course 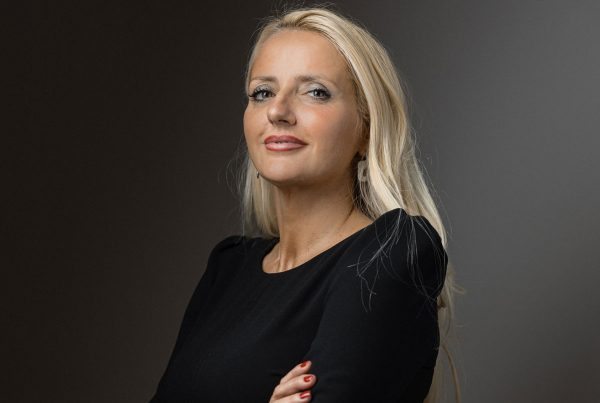 Dominga Cotarella, the Lady of Wine