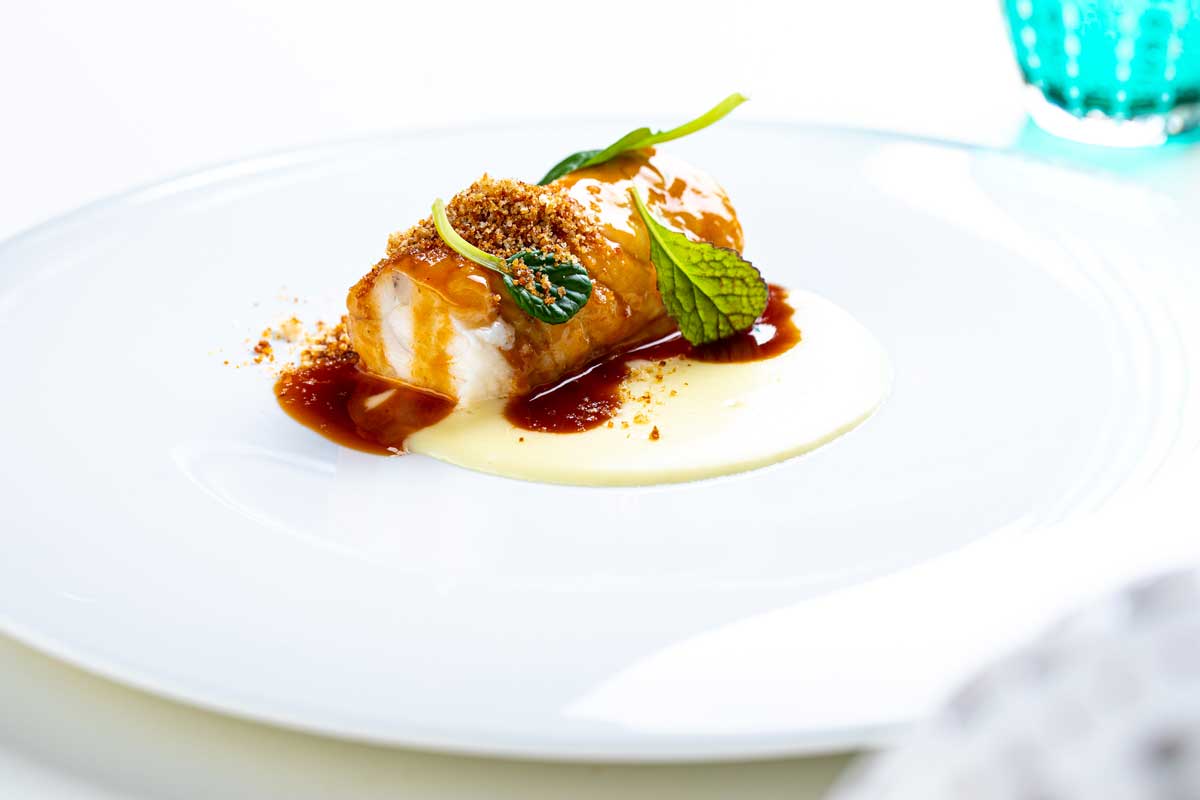 The Lazio coast is full of restaurants that make the interpretation of fish cuisine their art. But the capital is also rich in expressions that see the blue of the sea on the tables of the Romans. A passion that rivals that of traditional and earthy dishes, perhaps the highest expression of Roman cuisine. 1978 At the 1978 Valerio Braschi restaurant, fish has it in his blood. Romagnolo, who grew up with Adriatic fish from an early age, speaks of it as an important protein, a fundamental resource in a menu card. Italy has many fish and therefore tends to enhance some more particular ones, such as the mullet, a typical fish of the Adriatic often criticized as poor fish, the rare Romagna dogfish, and even the pezzonie, the strawberries, the sea urchins, the razor clams from Romagna, the red prawns from Mazzara and the purple ones from Gallipoli. “We have an incredible amount of fish and I try to avoid focusing on the most famous ones like sea bream rather than sea bass”. Always in search of the perfect taste, he tells us about Glacier 51, rubia gallega and green curry. Starting from the raw material that interests us most, namely the Glacier 51 fish, also called “oceanic moor”, is a fish that lives at about 2,000 meters deep at about 4,000 km off the Australian coast. consistency similar to coconut pulp, very firm but also very greasy, which in cooking takes on a crunchiness, belonging to the sea bass family and not to cod, despite some peculiarities. To make the most of it, Braschi leaves it for three days in the cold room to lose excess water. As it dries, it loses the moisture that is inside it, and is then covered with the fat of the “rubia gallega”, a Spanish cattle breed. It is then left in the fridge for seven days, hung to dry, as if it were meat inside the fat of the beef, then the fat is removed, portioned and cooked in a pan. Most of the cooking time is done on the skin side, the rest on the pulp side, to leave it soft. The whole is then served with lime gel and Indian green curry sauce. Although we are used to seeing fish paired with white wine or a sparkling wine, sommelier Mirko Di Simone boldly combines it with a red, a Sergioveto Chianti Classico. Being this a fatty fish and above all being matured with the meat, it goes well with this full-bodied wine. Definitely a particular combination, much appreciated by a clientele who returns frequently and who really adores the singularity and the continuous renewal of the proposals. PASCUCCI AT THE MARINA Starred restaurant, symbol of the Lazio coast with its chef and patron Gianfranco Pascucci, is one of the best known in all of Rome. Man who lives by the sea, by fishing boats, a true lover and expert of the blue protein. For him the fish is almost exclusively that of the sea. A sea, however, that thrives on seasonality and therefore a restaurant that revolves around the fish market. And according to the marine offer, fish is paired with vegetables, all sourced locally from small artisan producers. The keyword of Pascucci’s cuisine is inclusiveness, above all: from the brackish areas with mullets to the sandy areas with lupins, clams, clams, cuttlefish, up to the depths of the prawns. The processing always tries to respect the taste of the raw material as much as possible without distorting it, but only exalting it. The dish that best represents this idea of him is a first course: Trenette with shrimp juice, lupins, sea urchins and sea fennel. A dish that describes the Lazio coast. Sea fennel as an aromatic plant instead of parsley, which lives near the sea. Lupins symbolize the sandy coast. Shrimp juice, added to the last one to cream the pasta. And to give it the explosive taste here are the curls. The recommended pairing is a wine with marine influences, De Bartoli’s grillo. This restaurant is an authority in Fiumicino, which has always been frequented by the Romans and beyond. Enthusiasts and also international customers, given the proximity to the airport, stop here for a gourmet meal based on fresh fish. LEVEL 1 The idea of creating a high-level restaurant with the annexed fish market was born in 2016 by Emilia Branciani. Supported by their partner and life partner Claudio Montingelli they have created a “level” restaurant from scratch. The fish, always fresh, brought directly from Anzio and Gaeta, is also sold in retail at the “Pescatoria”, the fish market next to the restaurant, where even there with an easy formula it is possible to eat simple but fresh dishes. A menu and in general a restaurant that is always evolving, which enhances freshness, seasonality and taste. one of the dishes that embodies this philosophy proposed by chef Mirko Di Mattia is the monkfish with potato cream and cacciatore fish. The combination recommended by the sommelier Andrea Lombardo is a Chardonnay reserve that marries the very intense cacciatore base or a Salina, a very savory Sicilian white. The clientele is mostly made up of regulars who have finally rediscovered the taste and pleasure of enjoying lunches and dinners in this refined location of the EUR. 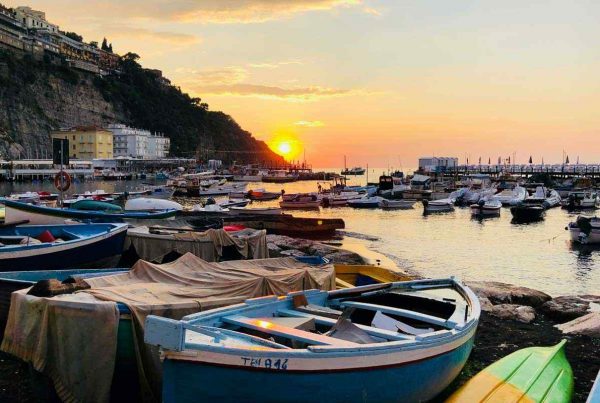 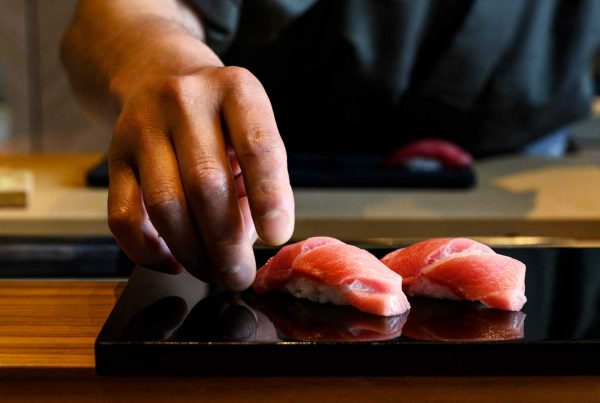