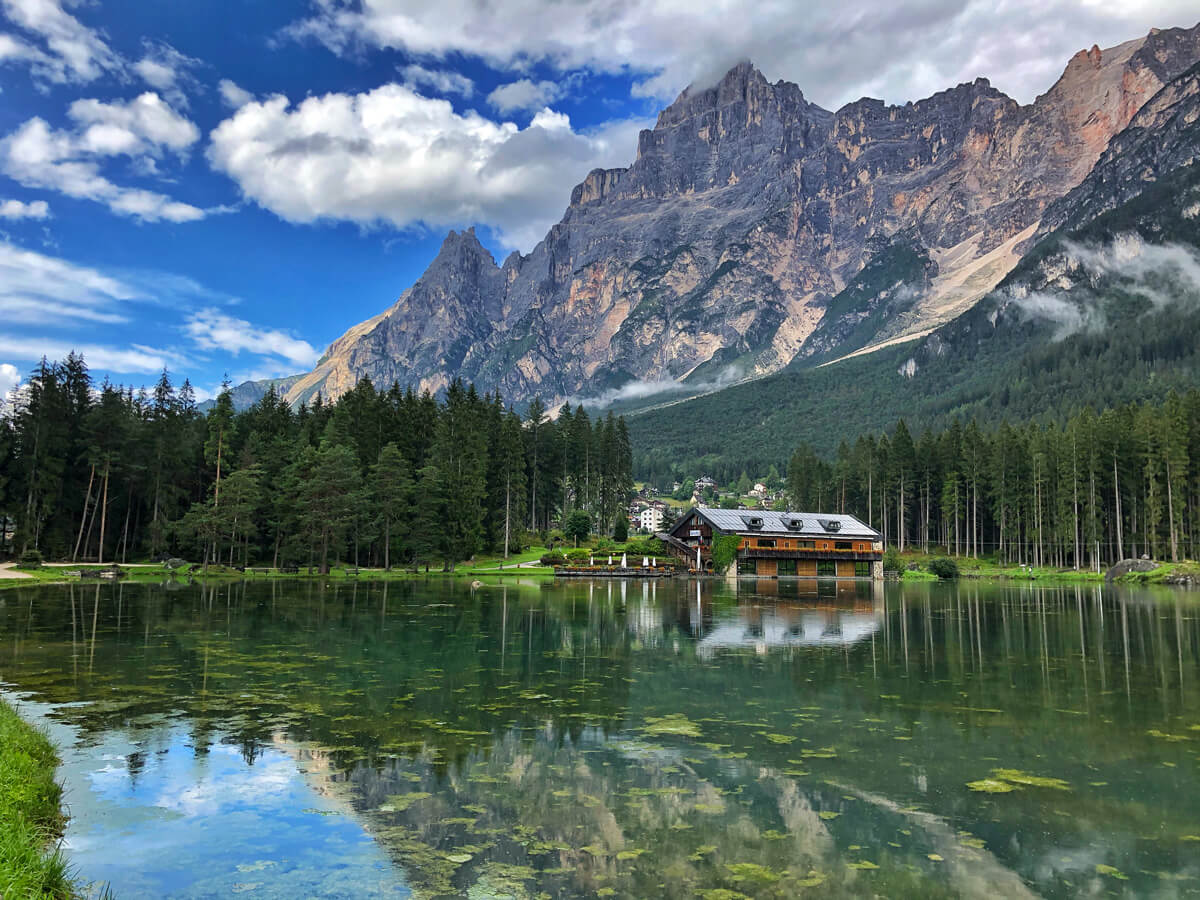 The wonders of Val Boite

Numerous activities, breathtaking landscapes and a sincere cuisine rich in traditions: Cadore and Ampezzano are territories capable of surprising

The Queen of the Dolomites. This is the epithet used to describe Cortina d’Ampezzo, in Belluno, the authentic lighthouse of the Veneto Dolomites, which attracts thousands and thousands of visitors every year from all over the world. Cortina conveys charm, elegance and sophistication: a perfect combination able to satisfy both tourists accustomed to shopping, who can be missed among the numerous boutiques of Corso Italia, both the loneliest patrons, and among the thousand-year-old woods of conifers, will find quiet and tranquility. There are many charming hotels where you can stay at night: the Cristallo Luxury Collection Resort & Spa, the Faloria SPA Resort Cortina, or the Rosapetra, where you can also stop for a gourmet break. The majesty of the refuges, real strongholds immersed in the bright Dolomite rock, are ready to delight visitors with delicious dishes and breathtaking views, able to push the horizon even beyond the border. A climb to the Nuvolau, the oldest refuge in the Dolomites, inaugurated in 1883, is absolutely recommended. Or a visit to Malga Federa, from which in winter, you can go down to the valley on horseback to characteristic toboggans. Between a hairpin bend and the other, with destination the majestic Passo Giau (2,236 m asl), you can find refreshment at the Malga Peziè De Parù, an oasis surrounded by greenery between endless meadows and dense wooded areas. Intense excursions are also possible to the numerous lakes in the area. How not to mention the Lake of Misurina, or that of Sorapis, a body of turquoise water able to excite even the most granitic hearts. During the winter, Cortina gives its best: historic ski areas such as the Tofana Ski Area or the slopes of Faloria – Cristallo, were worth to the Cortina’s World Alpine Ski Championships in 2021 and, in tandem with Milan, the legendary 2026 Winter Olympics. And for those who love to skate? Don’t worry, a stone’s throw from the city center, Cortina offers the Olympic Ice Stadium, temple of the SG Cortina, award-winning hockey team. About ten kilometers from the Queen, gently lying on the banks of the river Boite, we find San Vito di Cadore. With almost 2000 inhabitants, distributed in the beautiful valley on which dominate Mount Pelmo (3,168 m asl) and Antelao (3,264 m asl), San Vito, or San Vido in the Ladin language, is presented as a gem of rare beauty in which to get bored is extremely difficult. How not to indulge in the gentle summer walks in the heart of the country, the green meadows in front of the refuge Alpe di Senes, or a visit to the famous Lake of Mosigo, from this year absolute protagonist of the top fiction Rai “A Step from Heaven”. Scotter and San Marco are just two of the picturesque mountain huts reachable on foot from the village while, in winter, the guest can count on the Ski Area, a complex that boasts 9 slopes with variable coefficient of difficulty, where the fun and the contact with nature are total. Characteristic that unites restaurants, refuges and huts of these magical areas is the strong gastronomic identity, substantiated in a robust cuisine and rich in taste. There is never a shortage of cold cuts and cheeses at the table; in fact, there are many companies that produce the ingredients they serve to diners, including Sanbrite and El Brite De Larieto by chef Riccardo Gaspari, respectively restaurant and farm that make the km 0 and self-production its flagship. The real protagonists among the first dishes of Cadore and Ampezzo are certainly the casunziei, half-moon-shaped ravioli filled with red turnips and potatoes. Characteristic of casunziei, to be served with melted butter, smoked ricotta and garnished with poppy seeds. It is not rare, however, to find on the market also casunziei stuffed with porcini mushrooms.