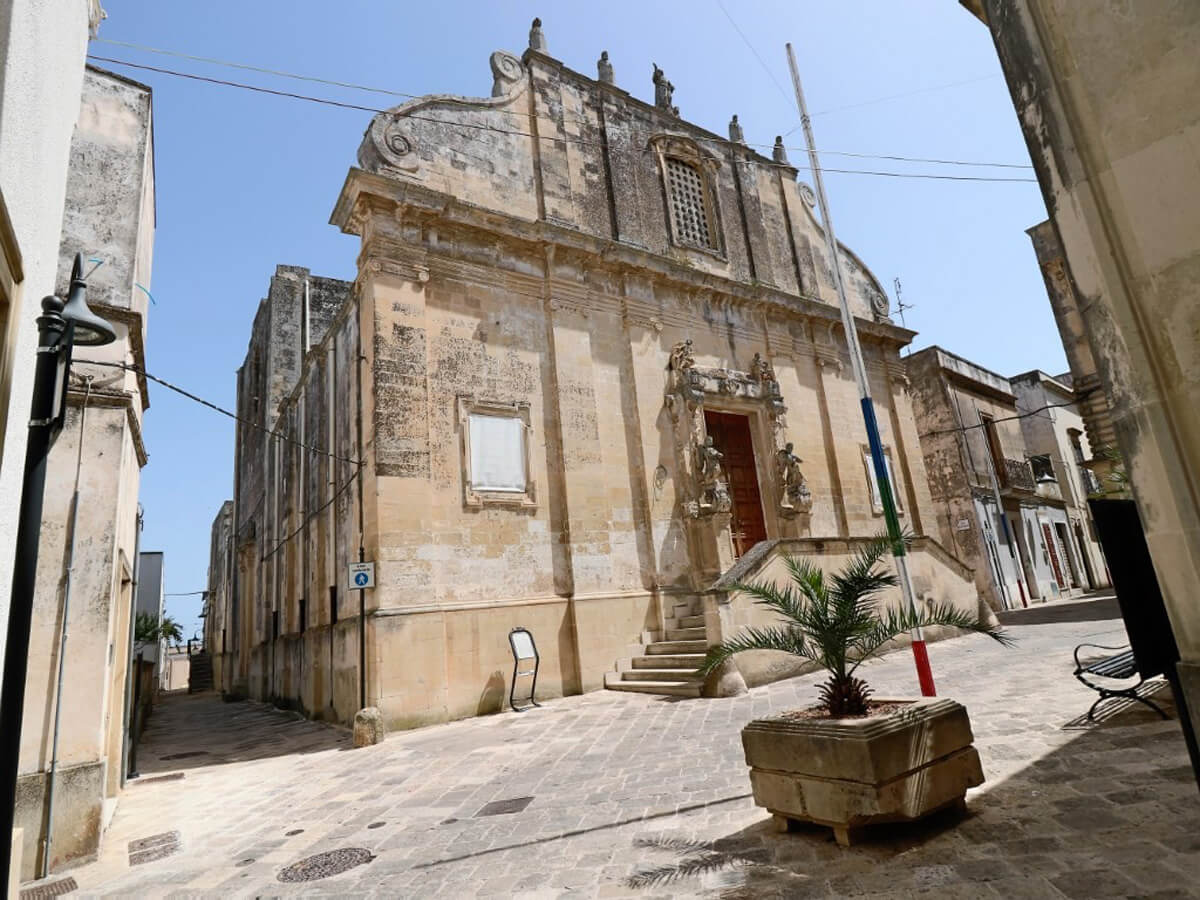 The Grecìa of Salento and its gastronomic baroque

The treasures of Lecce, a crossroads of distant culture and traditions

The heel of Italy, Puglia, is also called the board, for the absence of important reliefs and its long stretches. We explore Salento with twelve towns in Lecce, called the Grecìa salentina, where there is still a mixed language between Salento and Greek, the griko. They are Calimera, Carpignano Salentino, Castrignano de’ Greci, Corigliano d’Otranto, Cutrofiano, Martano, Martignano, Melpignano, Sogliano Cavour, Soleto, Sternatia and Zollino. The people who can speak the Griko are unfortunately gradually disappearing but there are still those who keep their secrets. The language is still spoken and understood, even if not all the countries listed are entirely electric.Internal and external influences have obviously created a multiculturality also in food, which sometimes changes name and recipe from country to country. In Zollino, a village just two thousand inhabitants in the heart of Grecìa, we find a dough made with flour, water, yellow pumpkin, olives, onion, zucchini, oil, chilli pepper, salt and capers: the scéblasti (in griko fact, without shape). It is the typical seasoned bread that the farmers used to make at dawn in the wood-burning ovens, because they were the first to be baked. Another famous product is Zollino’s dwarf pea. This legume, of light colour, yellow-brown, is known since the times of the Greeks and lives thanks to the job of the elders who every year select only the best seeds to replant them subsequently. The pea plant is small and the harvesting takes place mainly by hand. In this way a very high quality has been guaranteed over time: it is consumed dry, it needs little water and the pods, although small, have a great taste. This legume has become so important that the village has dedicated a statue to him. In Zollino, in an ancient oil mill of a castle, we find da Fabio. Destination of tourists, locals and celebrities who, every year, on the occasion of the well-known Night of the Taranta, attend the country that hosts them just for the rehearsals of the event. We end up in sweetness, suggesting to taste the Sibilla: a chocolate cake, almond paste and hazelnut cream, from the secret recipe. In Carpignano Salentino do not miss to visit the crypt of Santa Cristina or the Madonna delle Grazie, the oldest testimony of the whole Salento of the Byzantine Greek rite, with the most important and visited frescoes of the territory. Not far away, in the central square you can visit a huge underground oil mill, dug into the rock, to understand how it was obtained in ancient times the olive oil that, however, for methods not properly hygienic, was more used as lamp oil and decidedly less to season food. Of this village are typical, the ciciri and tria the dish of the poor: fresh pasta made with flour and water, without egg, fried and added to the dish (tria means fried pasta) or taieddhra, prepared with mussels, potatoes, rice and other vegetables to taste. Most likely its origin is linked to that of paella and dates back to the Spanish domination in the heel of Italy. But Carpignano Salentino has a strong tradition of meat, typical of the inland countries: so here are the typical pieces of horse meat cooked with sauce and turcinieddhi, name that means small twist, or meat rolls made with lamb offal, kid or lamb, kept together with the guts of the same animals and then grilled. And if you want to visit a real garden of Eden go to the bar Naima, in the village center: in the back you will find a courtyard with fig and green plants.