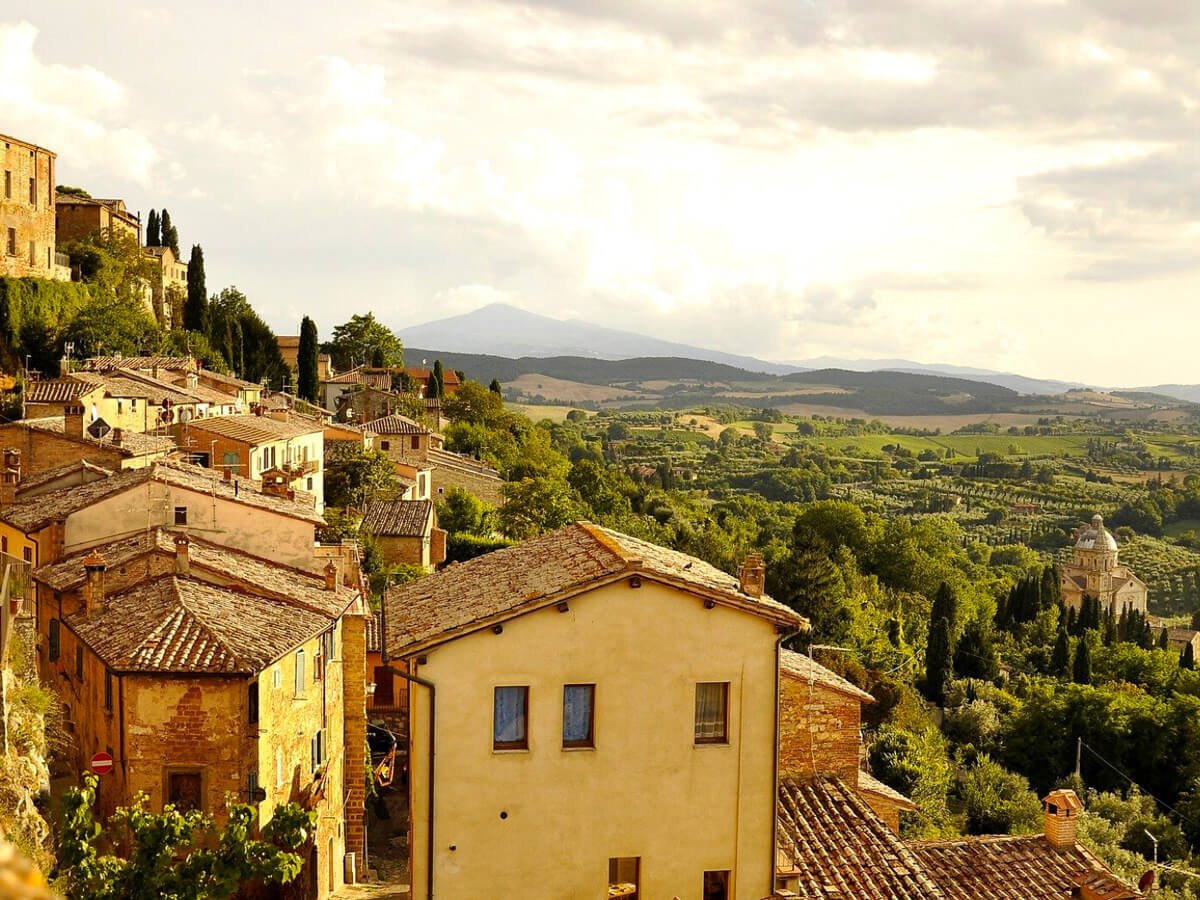 Montepulciano and the truest Tuscany

One of the wonderful treasures of our country, even to drink well

Nestled between the Valdichiana and the Val d’Orcia, Montepulciano is a medieval town that deserves to be visited for the view that sweeps over the entire Sienese from its fortified walls. Its origin is Etruscan and dates back to the fourth century B.C. Rich in history, it has its center the Piazza Grande, where there is the Town Hall of the fourteenth century, which recalls the tower and the crenellated crowning Palazzo della Signoria in Florence. Walking through the streets retraces its history starting from the Cathedral of Santa Maria Assunta, that of Jesus, San Biagio, Santa Lucia, Santa Maria de Servi, Sant’Agnese, Sant’Agostino or the convent of San Francesco, Florence and Siena have long fought for the richness of its trade. You will then come across the numerous historical manor houses of different eras. The village, however, is even more famous for its land. The Vino Nobile di Montepulciano DOCG is produced from the vineyards of the area. Internationally famous for its awards but also for being one of the oldest wines in Italy. It holds a national record: the first band of the DOCG is his with the initials AA000001. The wine is ruby red in color and with the passing of time tends to garnet color, the scent is intense and rich in floral hints. Its exclusive production, as per the specification, can be obtained only from grapes of the area using 70% of the Sangiovese grape, autochthonous of the area. From these grapes is also produced Rosso di Montepulciano DOC, Chianti and Vin Santo, the classic wine to accompany with the cantucci. They are wines born to be accompanied by the delicacies of the place, dishes of the peasant culture, simple, but consistent. Let’s start from the “first”: pici, spaghetti of water and flour of irregular shape made by hand and seasoned with meat sauce with tomato sauce and garlic (plentiful!) or, as usual, with bread sautéed in a pan with oil. The pici, in Montepulciano, are also celebrated with a festival, which takes place every year in the last week of August, the Bravìo delle Botti. This is a very ancient tradition where the eight main police districts challenge each other, pushing huge full barrels up the swirling slopes of the city, often risking serious accidents. This event is also accompanied by A Tavola with the Nobile, an event created in 2003 by journalist Rai Bruno Gambacorta, known for his Eat Parade on Rai2. The challenge in this case is at the stove: the eight districts must interpret a theme that changes every year to cook dishes that match the Nobile di Montepulciano. Despite the many dishes that have bread as their basis and which are considered recycling dishes, such as bread soup, ribollita and panzanella, Montepulciano is famous for its meat dishes such as his Cinta Senese, breed bred in the wild, Chianina and wild boar meat, often proposed as stew or as a sauce for pici.