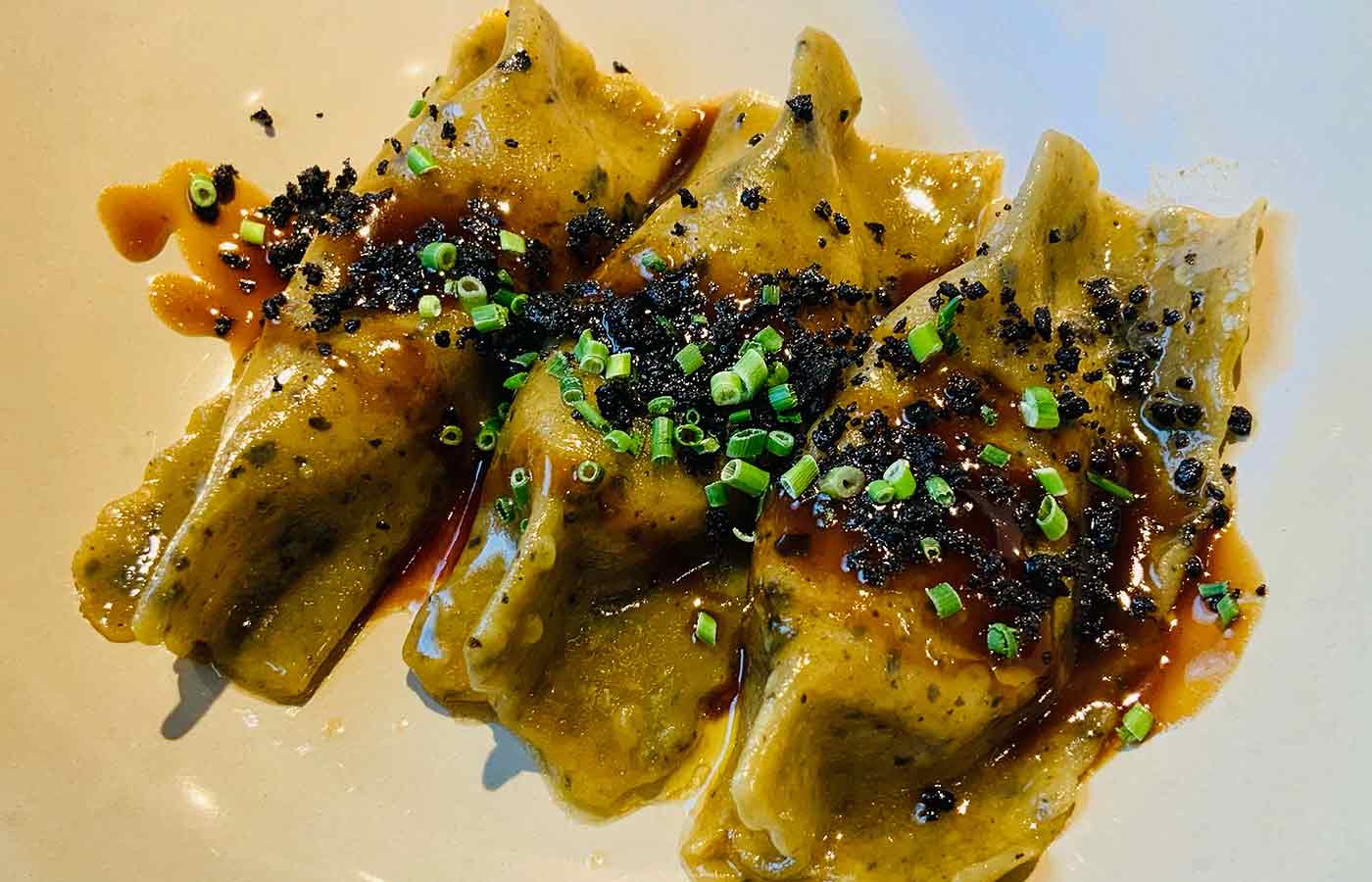 Emporio Armani, the clarity of the chef

Ferdinando Paolmba in the kitchen, Savio Bina, sommelier, in the dining room. And the style of the great
patron, aka King George, hovers in the atmosphere

One should always start from a fact when describing a kitchen line. In our case, we start with a plate. It gives a flavor. From trying to feel and identifying its balance, becoming, with our senses, pawns in that fascinating game between taste and intellect. Yet, for this time, we will try to start from another fact. From a detail, which was hiding behind us, which had not yet revealed itself. From a silence and a calm elegance. From a kitchen and a young, talented chef, Ferdinando Palomba. Milan already breathed a frenetic spring. Everything was ready for the explosion of such a long-awaited seasonality. The first thing we choose to do, once seated at the table of the elegant Emporio Armani restaurant, is to leave concepts and preconceptions behind the door. Awaiting us, a table already set with a delicate sumptuousness. An Italian bubble tickles our imagination and in an instant the dances begin. And what dances! Before our eyes, an arabesque of colors takes us into secret flavors but in reality already announced in a traditional cuisine that lies between the south and the heart, which winds between the Mediterranean and passion. The dishes presented are en arriere, the chef, this silent chef, is there to direct everything behind the axis of a theater in balance of spectacular and harmonious flavors. And it is at this point that we challenge our perception: we call it, enthusiastic. He arrives. Polite. Kind. Tiptoed. His hands seem to welcome our questions but his eyes betray his searches. “Chef – let’s go straight ahead – a question …” “Can I tell the dish first?” This is his answer. Now, wanting to be sincere, we must recognize that punctuation and little words help us to tell our surprise and amazement in receiving this answer. In short, we were left with an open mouth. The truth is that the astonishment that the chef gave us is just that: Ferdinando Palomba puts himself there behind his dishes and lets them tell, declare who and why he created, invented, conceived them. And what is the dish in question? Ravioli, Taggiasca olive paste with rabbit filling on a brown background. A rabbit that the chef lets marinate for two days in the Pigato di Albenga, a Ligurian white that increases the value of the dish. And the almost mystical result is also characterized by a touch of homemade miso: from the preparation of the koji to the fermentation, which is all guided and controlled by the chef. Here the balance shifts towards a fearful delicacy. Fearsome because the risk of falling into some unexpected nonsense could arise, in the eyes of those who were inattentive. But Ferdinando Palomba has a clear idea of his talent, no ingenuity in his creations. He knows and constantly refines it through studies, research and careful selection of raw materials. And that “fearsome” option for him is nothing more than a challenge to be won. An example? His tuna is “burned” in the shio koji. The exaltation of the flavor in reaction is thus ensured. The result, achieved. Victory, offer. Ferdinando Palomba tiptoes into the most authentic tradition of Italian cuisine, his contribution to the evolution of contemporary Italian cuisine goes in the direction of what more and more often you want to find and experience in dishes and in the heart. We could play again and try to affirm that Ferdinando Palomba has all the credentials to “armanize” (pass us the pun) the Mediterranean and its flavors. A Mediterranean ritual that in Palomba’s hands manages to have new things, beautiful things to tell. It doesn’t matter where you turn your gaze, because Palomba teaches that the how more than the where counts: through the raw material and the respect (we would say almost reverential) that he himself nurtures towards this infinite world of flavors, aromas and researches yet to be discovered. So, we start to get up, almost moved inside, but his words still touch us in our minds: “We must guarantee a coherent path to our territory, we must promise them not only a future, but a future that is still possible. And this can only happen through respect for the raw material “. 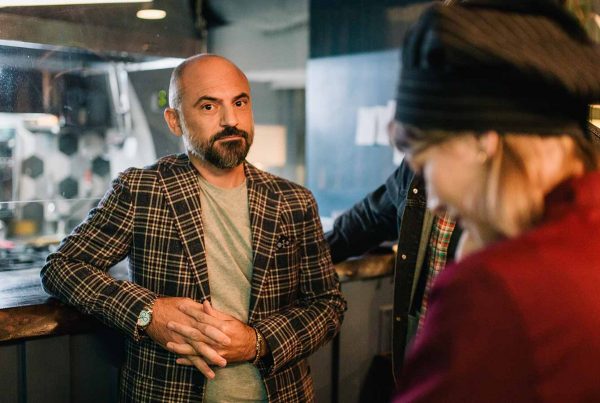