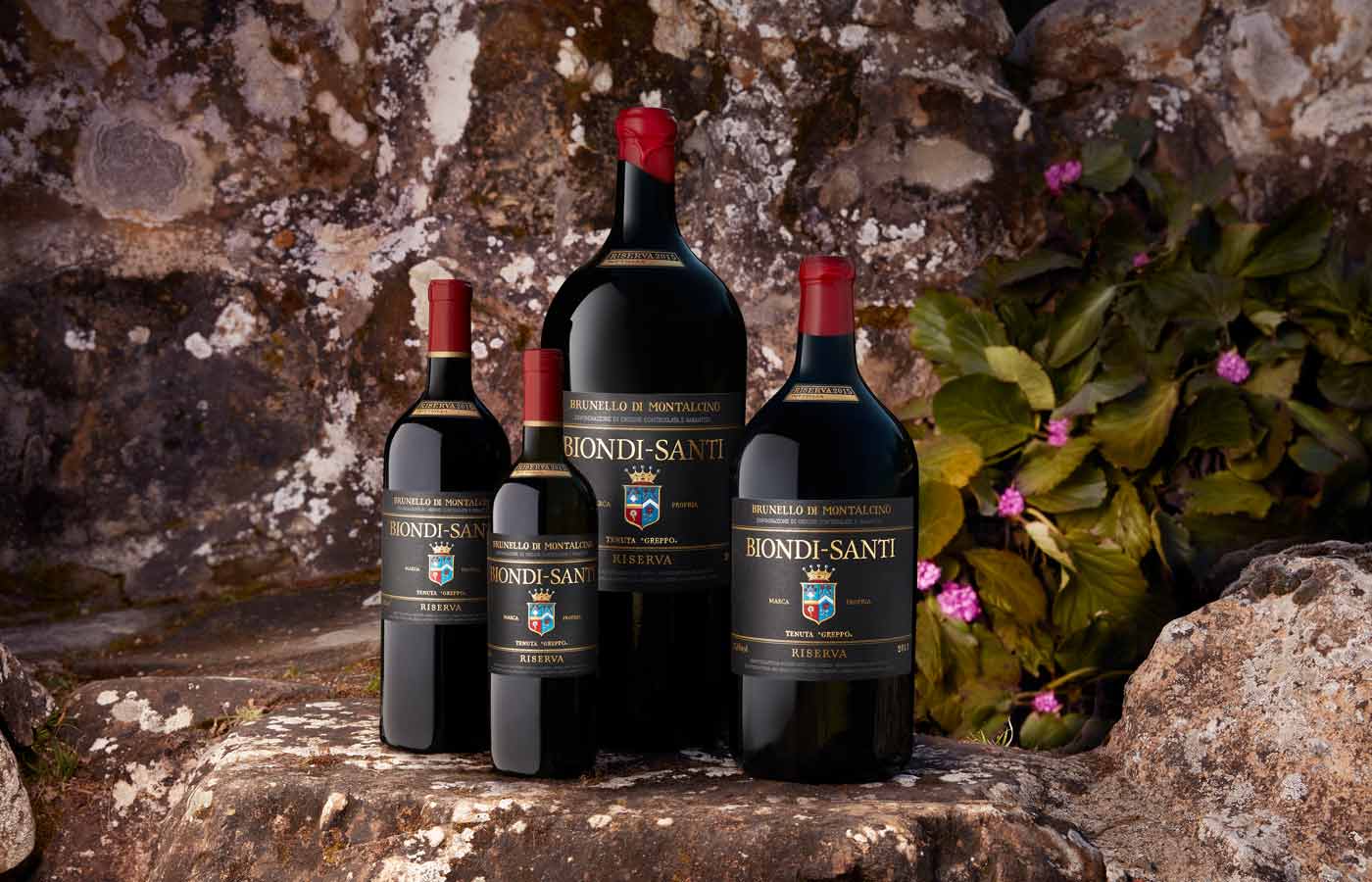 The famous winery talks about its style: the oenologist Federico Radi and the CEO Giampiero Bertolini speak in an exclusive interview

Their tasting, during the evening, allowed us to perceive, even if in a nutshell, the Balance or the state of harmony between man, nature and time that can already be glimpsed in the drink of the large glasses in which they were served, expressing to the at the same time an indissoluble harmony with this reality, an absolute myth created in 1888 by the hand of Ferruccio Biondi Santi. At the end of the article, the brief technical and non-technical presentations of both wines. We were also able to converse, first with Federico Radi who confided in us: “It is a source of great pride to have been chosen, after a selection, in 2017 to cover the role of Technical Director of one of the most wellknown wine traditions at world, not only in Tuscany, as I am, but this role, as you can well guess, involves a wealth of not indifferent responsibilities “. After having ascertained that five years have passed since his inauguration “I arrived – Federico points out – with a previous experience of fifteen years – which I still consider as a starting point and not an arrival point – and still, after another five, I continue to ask myself in discussion. My work is supported by a team in order to share not only the responsibilities, but at the same time be enriching and stimulating “.

Commenting then he continues: “Ours is a work that creates and gives great emotions. It is this wine itself that gives it to us, that creates passion in us who do it. We must respect everything that represents the great experience of Biondi-Santi, the fact that the history of this magical territory originated from the characters of this family ”. Compared to 2017, we asked to tell the most significant moments over the years. “Each step – continues Radi – is linked to everything that has been done and that has been handed down to us by the family, so from my settlement and from that of Giampiero Bertolini, we started, supported by technology, to try to understand between Another is the extraordinary heterogeneity of the soils of the five different areas that we have. We are located on the north-east side of the Montalcino hill, starting from the different altitudes ranging from 180 meters in Pievecchia, up to 500 meters at Tenuta il Greppo. It is no coincidence that the Biondi – Santi style is so well defined. I believe that it depends on the fact that we are in the cooler areas, which get the sun first in the morning, that the freshness and tannins found in the glass derive in large part from exposure.

We must not forget the issue of the soil which undoubtedly plays an important role given that 80/85% of each vine is underground. Through the studies we have done in these first years we are understanding the ingredients of the context, thus managing to understand what has been done in the past to bring it into the future, with characteristics as similar as possible. This is because there is no desire to change the style of this wine, which is well defined, a style that makes freshness, tannins, persistence and great longevity its fundamental characteristics.

The new vintages have been inherited from the previous management, where for the 2015 Riserva the decisions were made with the family, while for the 2016 Brunello we worked independently. With this Riserva we understood, upon our arrival, what the extraordinary evolution in wood has been over the years, carried out so that the territory, the vintage and the style of these wines could be transmitted in the glass. In the cellar the vinification is traditional, where my role is to accompany the grapes obtained from the twelve plots that we have identified, during our pedological investigations, mainly based on the type of soil “.

We then spoke with Giampiero Bertolini. “My task – he tells So Wine So Food – in the long run is to put Biondi – Santi back into the elite of the best wines in the world, in which it has been for a very long time, strong in its history that exceeds one hundred and fifty years. On how to get there I think it starts, first and foremost, from the fact of giving credibility to this new project, made by a non-Italian family, starting from the production work. In these past years we have been laying the foundations for the future in a very transparent way and for this reason we host people at Tenuta del Greppo so that they can touch what we are doing firsthand, thus making the fruit of our actions evident.

We are also initiating a communication discourse, indeed to re-communicate this brand, because in recent times it was an icon that remained dusty on the shelves. This is worldwide and not just in Italy. Another aspect was to create a more rarefied distribution in the world, because when Biondi-Santi was acquired there were few countries with a lot of wine. And it is exactly the opposite of what we have to do. So it has been completely changed, creating an important tension on the market, combining it with tasting activities of our wines, telling what we are doing together with our history, thus obtaining a much higher reaction than our expectations. When I arrived at the Estate I had made a plan for ten years and today we are two years ahead of my plan, I think because this company already has a great strength. We address this activity to the United States, the most important market, England, China which is doing very well and where, the only case, there are more importers, Hong Kong, to name the most significant, in order to also intercept opinions. leaders who support us. Italy is important to us and at the moment we dedicate 30%, 35% of the production to it, which I believe is quite high “.

Then adding “Speaking of image, we have made a restyling of the labels, in recent years, dictated by some needs that I believe are perceptible to a trained eye. Both the Riserva and the Brunello were identical where Riserva was only written on the collar, so we changed it by writing it on the main label instead. This is because in the restaurant they confused wines and it was therefore more a matter of practice ”. To our question about the barrels where these magnificent wines are refined, Bertolini specifies “We invested in the cellar, given that part of the aging and aging barrels were no longer valid, keeping the Italian producer Garbellotto (always supplier of Biondi-Santi, ed) made in Slavonian oak and with dimensions from 10 to 50 hectoliters. Adding up to approximately 45% over the last four years. We have also chosen smaller sizes because in parallel we are discussing the parcelling of the vineyards, as Federico Radi mentioned a little while ago, in which the size of the barrel can thus adapt to the wine obtained from each individual parcel “. Before leaving, we asked how Biondi-Santi relates to social media and that kind of communication.

“When before – concludes Giampiero – I was talking about starting a communication I was also referring to social networks, with respect to which we are selective by choosing only Linkedin and Instagram, where we mainly let others talk and we reply, publishing posts only rarely”. BRUNELLO DI MONTALCINO RISERVA DOCG 2015 A majestic, solid and compact wine, seductive and full of charm with its complex bouquet and a caressing taste, albeit with a strong character. It is officially the 41st Reserve released from 1888 to today. Produced from a selection of Sangiovese Grosso from the oldest vineyards owned by Biondi-Santi, the Riserva 2015 is vinified in vertical oak vats and aged for 3 years in large Slavonian oak barrels, followed by a long refinement in the bottle. . BRUNELLO DI MONTALCINO DOCG 2016 It is a lively Brunello, rich in verve, the result of soils, vineyards and grapes that have fully enjoyed the right amount of water, sun and wind. Energy and sweetness blend with elegance and balance, making it a friend of the table, in which its gastronomic character accompanies food without making it prevail. Produced from a selection of Sangiovese Grosso from Biondi-Santi vineyards, it is vinified in vitrified cement containers with the use of indigenous yeasts, aged for 3 years in Slavonian oak barrels. 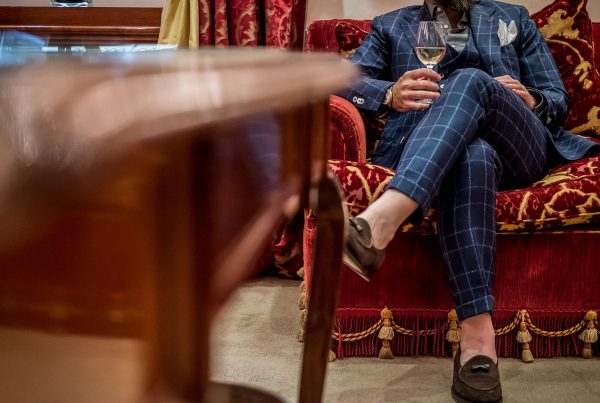 Let’s talk about cider, the king of fermented products