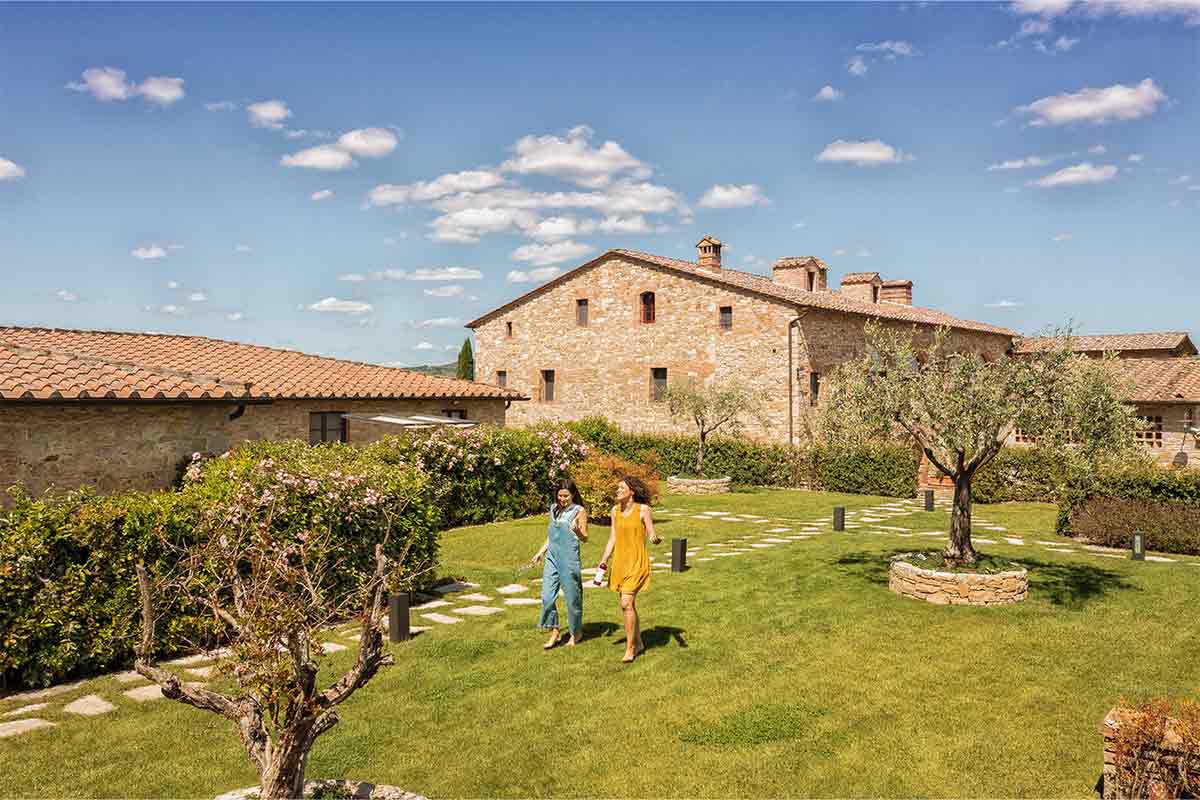 The resource of charm, in Castelnuovo Berardenga, is an increasingly gourmet destination

A truly fantastic location, that of the Hotel Le Fontanelle: a prestigious five-star hotel, immersed in the green of the Chianti countryside, which makes you fall in love at first sight.

Le Fontanelle, hotel, restaurant, spa, is surrounded by a geography of vineyards, olive groves and woods of a literally disarming beauty, located as it is among lush and vineyard hills that make it the ideal setting for a regenerating holiday. We are in the silence of the Tuscan countryside, in Castelnuovo Berardenga (Si), where a small rural village has been wisely transformed into an oasis of peace and taste, the best place to discover the true essence of this strip of Chianti and become an integral part of it. .

The project was born from the passion of Giuseppina Bolfo (sister of that Piero Bolfo, famous restaurateur at the Vecchio Mulino della Cerosa in Pavia, famous for having chaired the Union of Buon Ricordo restaurants for a long time).

Giuseppina, in 1999, discovered this ancient settlement with seven centuries of history and fell in love with it, being struck by the landscape that surrounded it.

She was so impressed that she immediately undertook an important restoration work, both of the original farmhouse and of all the collateral buildings.

The restoration was carried out while maintaining the historical and cultural integrity of the structures intact, in order to preserve the authenticity of the environments, without indulging in easy modernisms that would have altered the image.

The “Signorina”, as Giuseppina Bolfo is lovingly defined, is the beating heart of the Fontanelle, the figure that animates the beauty and personality of the structure, thanks also to her sensitivity in terms of welcome and hospitality.

Her ability to look beyond, to grasp the immense potential of the place and to plan its rebirth, is the real element of discontinuity with a past that had never aimed at the harmonious development of the large structure.

A visionary and ambitious figure, that of the Signorina who, despite her venerable age, always remains the center of every decision, the cornerstone of every choice and every renewal.

However, it is important to underline that the generational change sees today at the helm of the structure Nicola Vercellotti, grandson of Miss Bolfo, now CEO of the company.

His entry, which took place in 2016, marked the beginning of a new era for Le Fontanelle, destined for rapid growth, both in terms of luxury hotel hospitality and in terms of gastronomic catering.

“My will, Nicola emphasizes, is to represent a continuity with the universe masterfully expressed by Signorina Bolfo, maintaining the imprinting that the structure has already very well consolidated and that has made Le Fontanelle a true unicum in the panorama of Tuscan hotels. “.

Beside Nicola there is a very important figure, I would say charismatic: Phoebe Farolfi, General manager of the structure, who took over in 2018 in running the Fontamelle.

Phoebe, Nicola’s partner, shares with him the passion for high-level hospitality, for the excellence of the accueil, but also for the personalization of the style in receiving guests, making the customer feel the absolute protagonist.

The values on which the philosophy of the Fontamelle is based, perfectly expressed by Phoebe, are essentially these: commitment, dedication, competence, constancy.

Distinctive traits that characterize, together with firmness and determination, the will to always work with the aim of improving, striving for perfection as much as possible.

Phoebe and Nicola’s goal was to give added value to the hospitality offer, transmitting a concept of authenticity of the experience, focusing on the purest Tuscanity, away from useless contamination and playing on the exaltation of the assets that have always distinguished this magical strip of Tuscany.

And, in this logic of continuous development, the hospitality offer of Villa Al Mandorlo is also configured, not far from the central body of the hotel, an intimate and charming location, in which the accommodations have the appearance of small country residences.

The central body of the Fontanelle will soon be joined by the Club House, which will further increase the possibilities of stay and which will further qualify the prestige of the place, qualifying it as a fully-fledged gourmet destination.

The gastronomic offer is already largely part of this transversal offer: the La Colonna restaurant, whose cuisine is led by Daniele Canella, a very valuable Lucchese, who boasts important experiences, such as that at Eden in Rome, alongside Enrico Derflingher or starred in Europe.

Daniele’s cooking line is based on a revival of traditional Tuscan and Chianti dishes, characterized by an extremely careful selection of raw materials, in order to deliver to the guests a perfect expression of contemporary dishes, also considering the reinterpretation that is made by the chef and his brigade.

A setting that is therefore only apparently classic, in reality aimed at giving wide-ranging gastronomic suggestions, thanks also to the recent collaboration with Giuseppe Iannotti, the volcanic starred chef of the Kresios di Telese, whose supervision has given a further twist to the gourmet offer of the Fontanelle.

Not surprisingly, the starred chef of the Benevento restaurant will sign the menu of the new gourmet restaurant that will be opened in the spring in the new The Club House.

The gastronomic proposal of the Colonna (which sees Vittorio Terracino as the great room manager) currently includes two tasting menus and an à la carte choice: the dishes are inspired by an authentic territoriality, with an important use of garden products and the best local ingredients, in a logic that enhances the recognition of each material used.

An iconic dish of the Colonna is the Battuto di colombaccio, cypress and beetroot, a tartare accompanied by a particular processing of beetroot (marinated with vinegar).

A restaurant destined to evolve, thanks to the authority of Giuseppe Iannotti and his vision, but also to the extraordinary range of wines on the menu: proposals of high value.

Starting with the Chianti Classico Riserva from the Vallepicciola winery, located within the estate: wines of fabric, children of a terroir that is formidable in every respect, and strengthened by the direction of Tamara Marini, strong-willed and very well prepared in terms of wine. 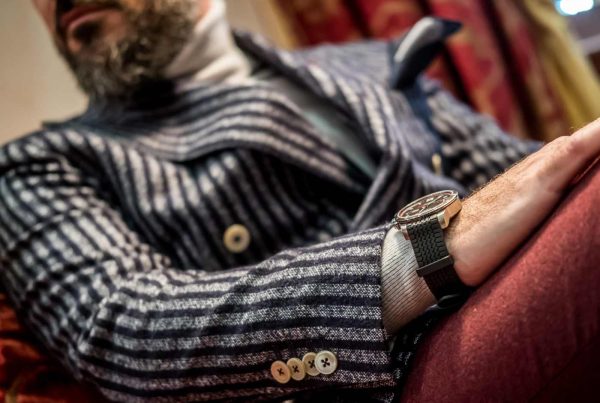 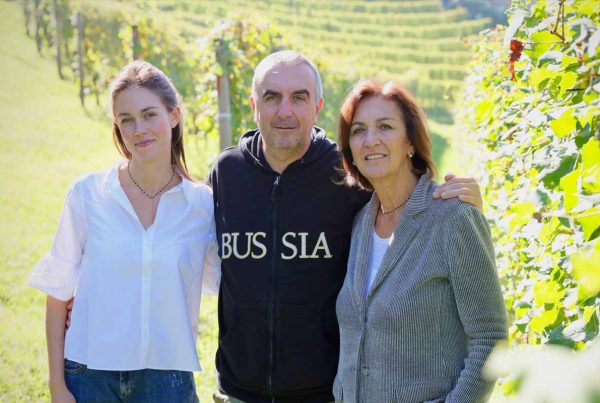 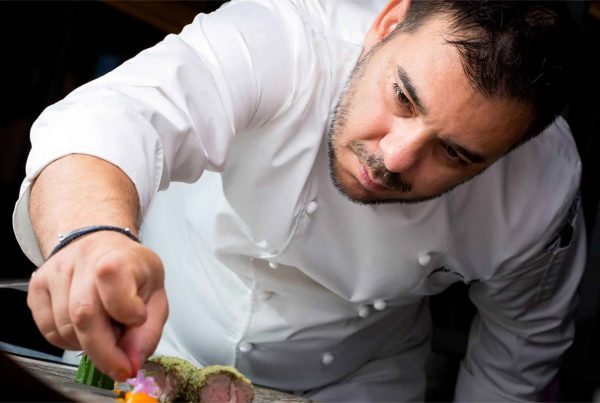